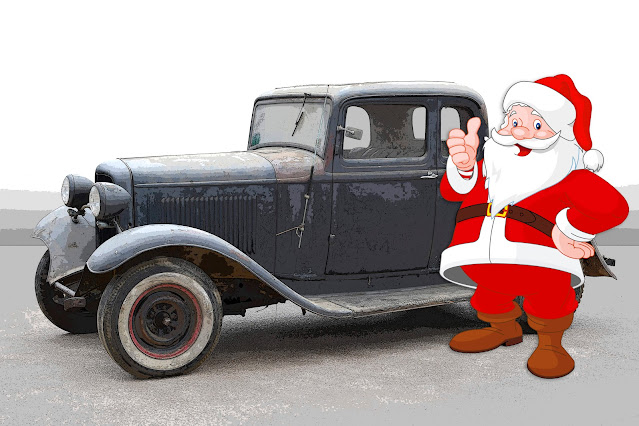 Twas the night before Christmas and in the garage,

There wasn't a trace of a Chevy or a Dodge.
The presents were wrapped and the lights were all lit,
So I figured I'd mess with the Ford Hot Rod for a bit.
I popped open the hood latches and I lifted one side of the hood,
When a deep voice behind me said "that Flathead looks pretty good."
Well, as you can imagine, I turned mighty quick,
And there, by the workbench, stood good ol’ Saint Nick!
We stood there a bit, not too sure what to say,
Then he said "don't suppose that you'd trade for my sleigh?
I said "no way, Santa" and started to grin,
"But if you've got the time we could go for a spin!"
His round little mouth, all tied up like a bow,
Turned into a smile and he said "Hey! Let's go!!"
So as not to disturb all the neighbors' retreat,
We pushed the old coupe quietly into the street,
Then, taking our places to drift down the hill,
I turned on the key and I let the clutch spill.
The sound that erupted took him by surprise,
But he liked it a lot, by the look in his eyes.
With Firestones a' crying and exhaust pipes aglow,
We headed on out where the hot rodders go.
And Santa's grin widened, approaching his ears,
With every up shift, as I went through the gears.
Then he yelled "can't recall when I've felt so alive!",
So I backed off the gas and said "you wanna drive?"
Ol’ Santa was stunned when I gave him the keys,
When he walked past the headlights he shook at the knees!
Then the Flathead exploded with that unique Flathead sound!
Santa let out the clutch and the tires shook the ground!
Power shift into second, again into third!
I sat there just watching, at loss for a word,
Then I heard him exclaim as we blasted from sight,
"Merry Christmas to all...........what a great night!!!"
at December 24, 2021 No comments:

Well, this Blog started with the intention of only covering the build of our 1932 Ford 5 Window Coupe. As detailed in other posts, we are waiting for our turn to get the coupe into the builder, Craig Naff's  shop as he is finishing up a really big project.

As you have seen from the last post, the coupe is all ready to go into the shop. As we were preparing the coupe though, a flathead engine was built for it. The build was performed by Keith Tardel at Rex Rods in Johnson City, TX. While in Keith's shop, we spotted a killer '32 Ford Roadster and just really got to thinking. The hunt started for a clean, original (or older restored) 1932 Ford Roadster.

Keith and I agreed it would be best to find a car that did not really need a full cosmetic restoration. We also were very much "on the same page" as to how we like to build a "traditional hot rod".

Not too much time went back when I found what was the perfect car for the project. It's a '32 V8 Roadster that was supposedly restored back in 1959. It's never been rusted or patched...just a nice, clean, and good car. We all agreed it was great for the "vision" that we all shared.

The car was shipped directly from the person who I purchased it from to Rex Rods in Texas.

I will be posting more frequently as I document the build of this car. In this post, we will start with some pictures of the car as it was when it arrived. It even had a previous stint in the Don Gartlis' collection. In fact, the dash is signed by "Big Daddy".

Stay tuned for the build. If you think that it should remain stock, not be chopped, etc., this may not be for you! LOL! That said, as mentioned, the vision is for a very traditional build that I would call "period correct". We are super excited about this one! 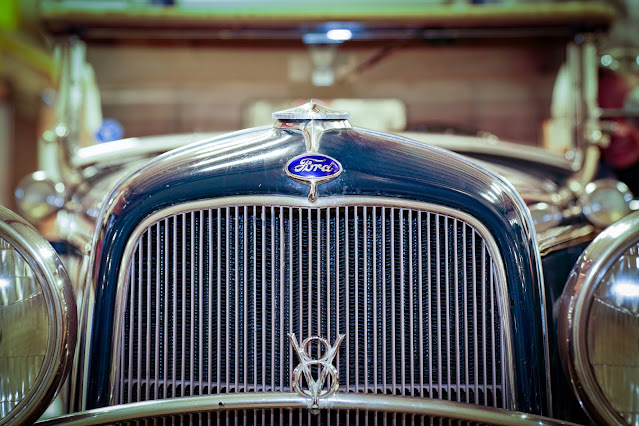 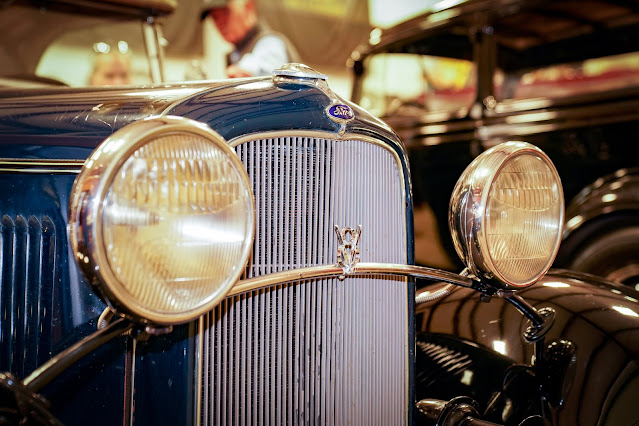 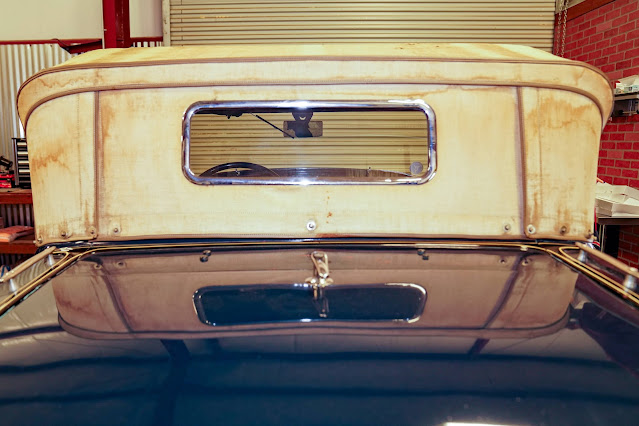 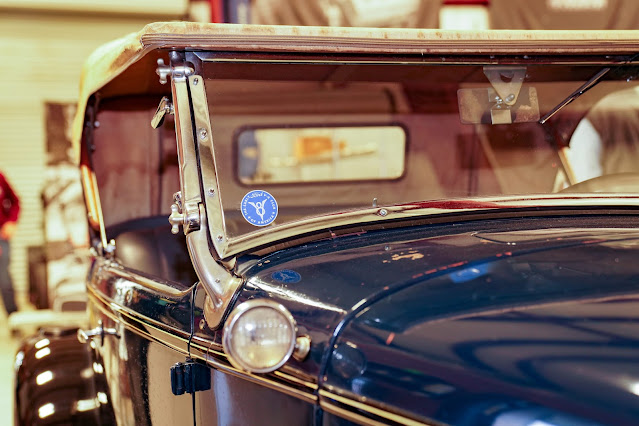 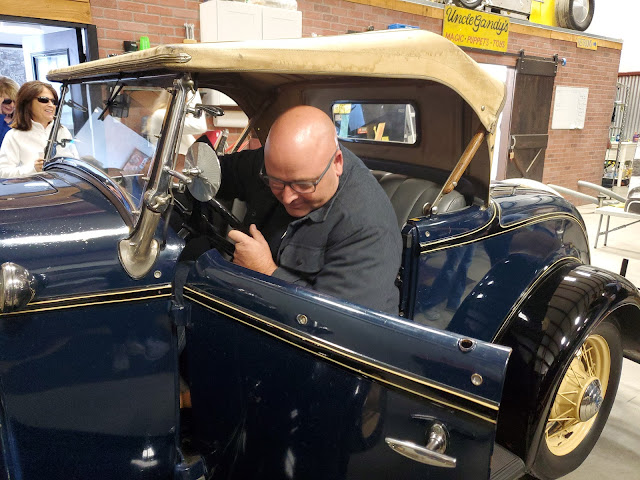 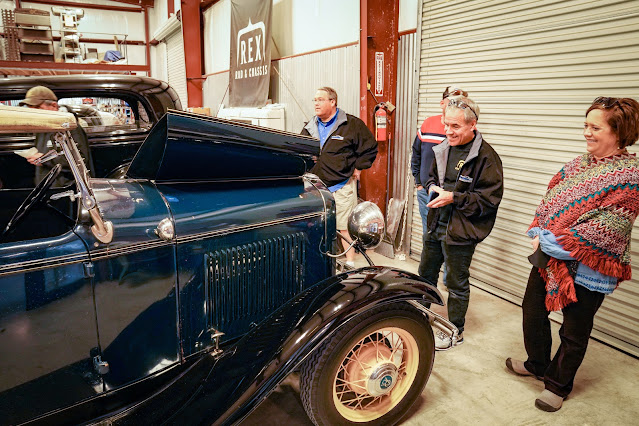 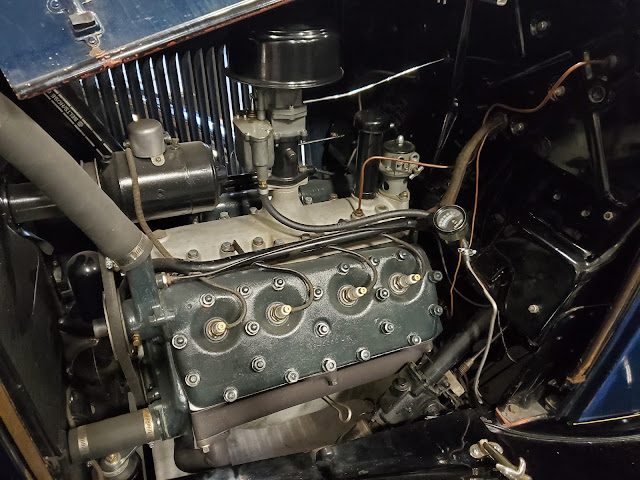 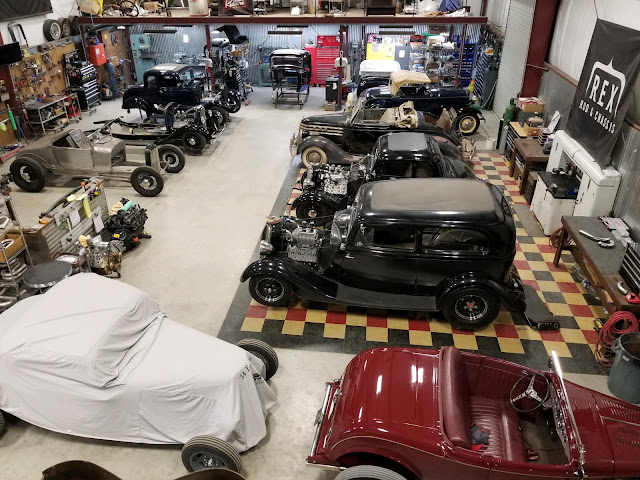 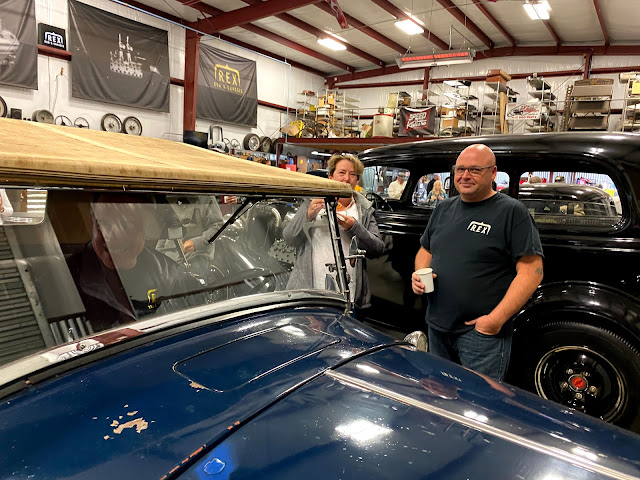 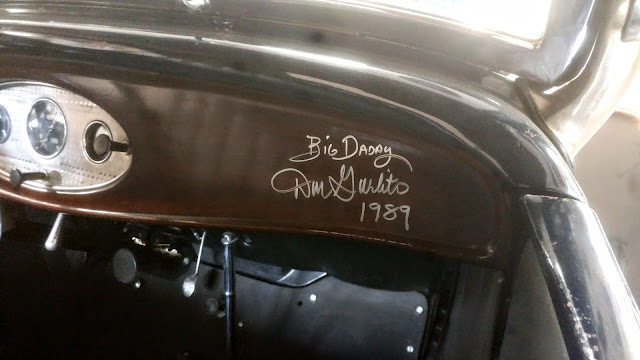 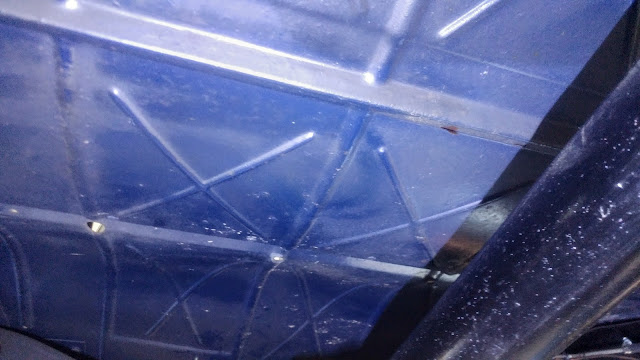 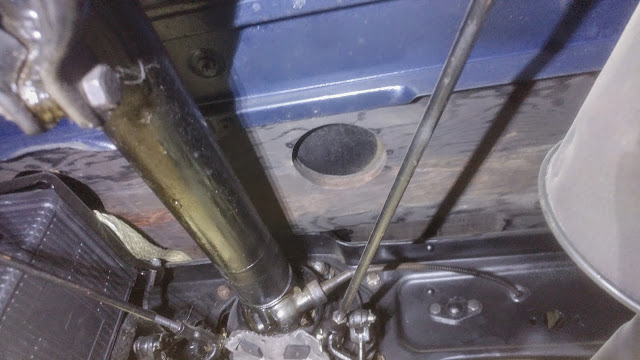 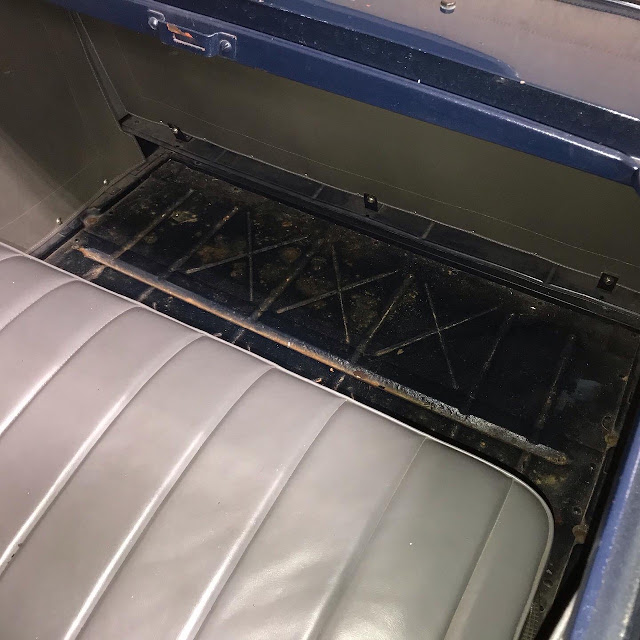 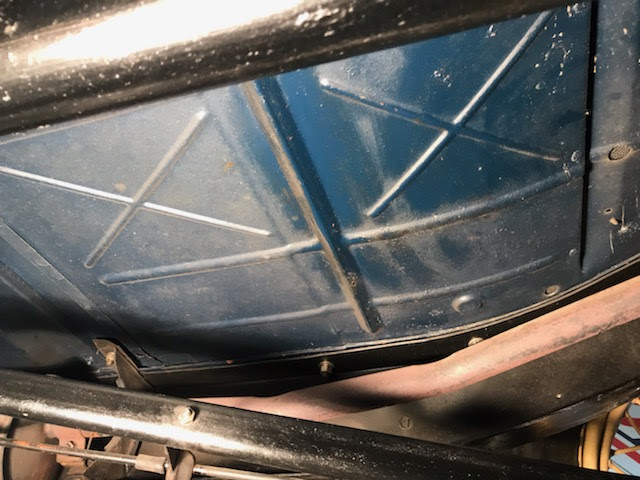 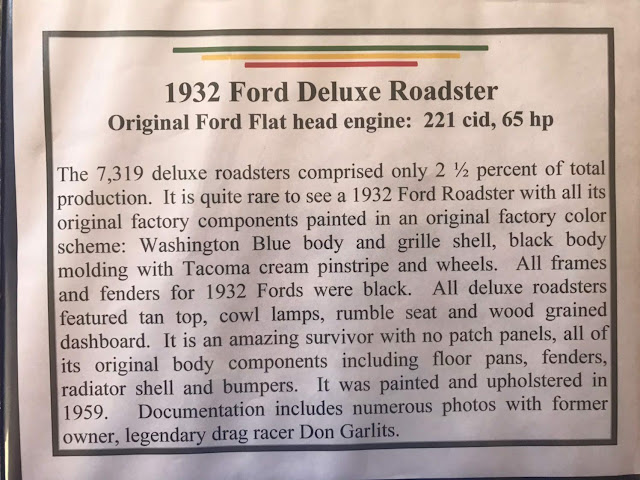 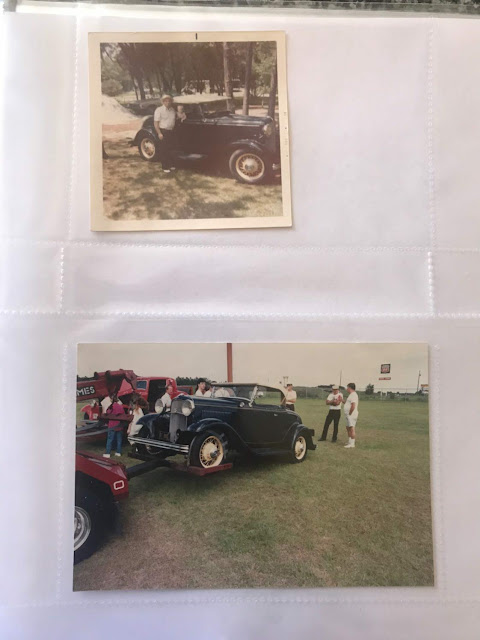 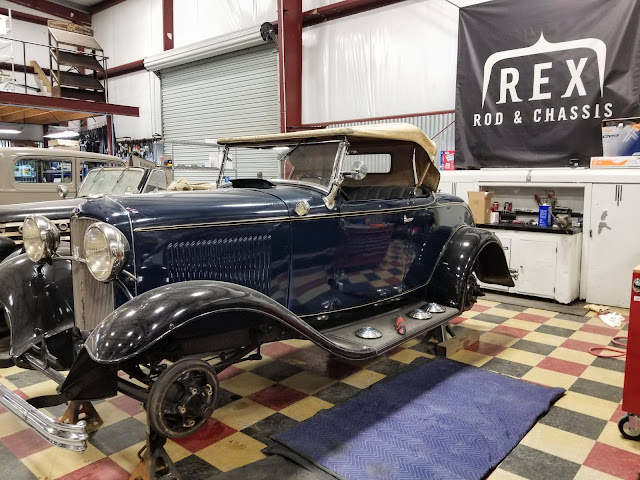